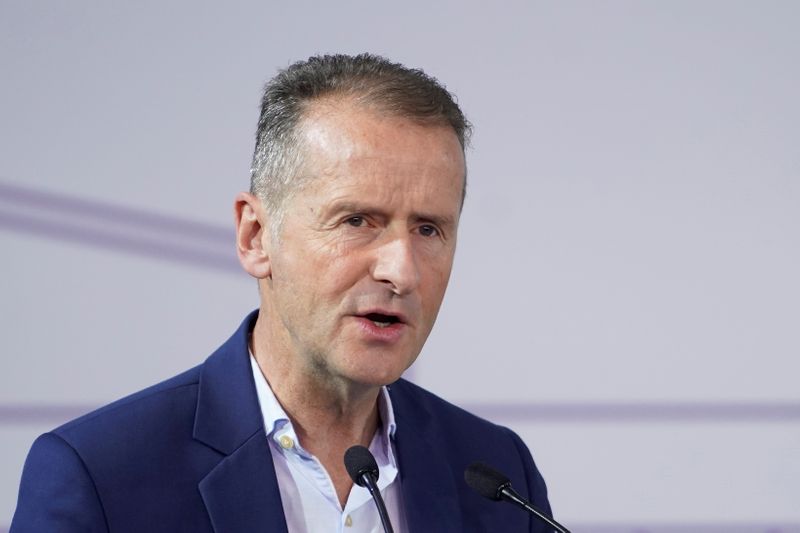 Diess joined VW in 2015 and has sought to shift it from building combustion engined vehicles to being capable of mass producing electric and increasingly autonomous cars.

The pace and depth of his reforms, designed to transform Volkswagen into a tech company, has led to clashes with labour leaders eager to protect local jobs.

Diess and the unions are divided over key issues including appointments to the management board, and whether to extend the CEO's contract beyond 2023, the sources said.

Volkswagen is less efficient and has higher costs than key rivals and Diess has argued that costs must come down to free up resources for high-tech cars.

VW Chairman Hans Dieter Poetsch has lobbied to avoid a discussion about the contract extension, on the grounds that it is not pressing until nearer 2023, when it is due to expire, people familiar with the matter said this week.

Volkswagen's labour bosses, who control half the seats on the carmaker's supervisory board, are likely to oppose a contract extension for Diess, plunging it into crisis.

Diess has attempted to install Arno Antlitz as chief financial officer to replace Frank Witter, who is due to retire in June, and to hire Thomas Schmall as management board member responsible for components, replacing Stefan Sommer, who has already left the company, sources told Reuters.

The appointments had been delayed because VW's labour leaders had insisted on approving a "package solution", two people familiar with the talks told Reuters last week.

"We are cautiously optimistic that we will be able to discuss a comprehensive proposal," another source said on Tuesday.