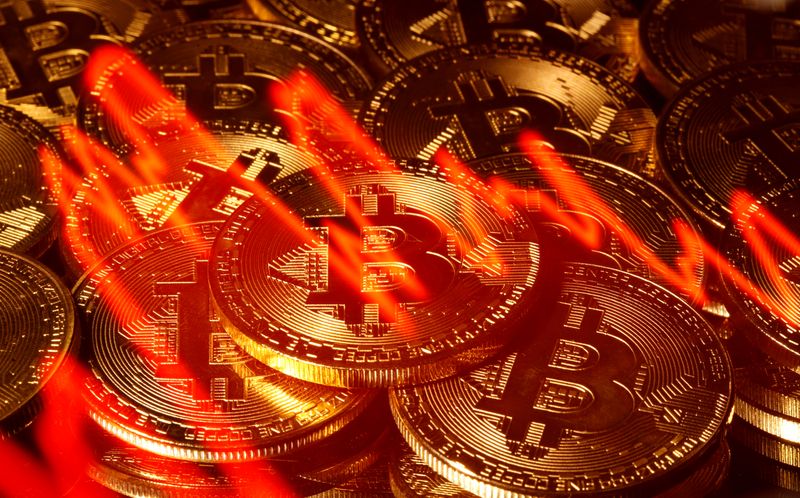 © Reuters. FILE PHOTO: Illumination of the stock graph is seen on the representations of virtual currency Bitcoin in this picture illustration taken

The S&P DJI-branded products will use data from New York-based virtual currency company Lukka on more than 550 of the top traded coins, the companies said.

S&P's clients will be able to work with the index provider to create customized indices and other benchmarking tools on cryptocurrencies, S&P and Lukka said in a joint statement.

S&P and Lukka hope more reliable pricing data will make it easier for investors to access the new asset class, and reduce some of the risks of the very volatile and speculative market, they said.

"With digital assets such as cryptocurrencies becoming a rapidly emerging asset class, the time is right for independent, reliable and user-friendly benchmarks," said Peter Roffman, global head of innovation and strategy at S&P Dow Jones Indices.

The move by one of the world's most well-known index providers could help cryptocurrencies become more mainstream investments.

It comes as bitcoin continues to soar to record highs against the dollar, boosted by increased demand from investors who say the virtual currency is a hedge against inflation and a safe-haven asset.

Bitcoin was trading at $19,300 in latest trading on Thursday, having soared around 170% this year.

Cryptocurrencies have been around for more than a decade, but have started attracting more interest from large financial companies over the last few years.

The emergence of more mainstream market infrastructure has made the asset class more accessible for institutional investors, with hedge fund managers such as Paul Tudor Jones and Stanley Druckenmiller saying they include bitcoin in their broad investment strategies.