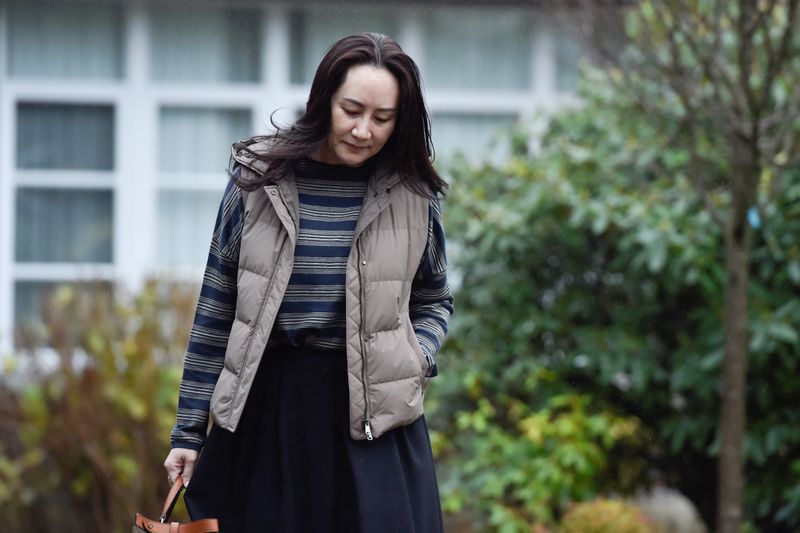 VANCOUVER (Reuters) – Huawei Chief Financial Officer Meng Wanzhou's witness cross examination has been extended into next week, as the court proceedings on Thursday were disrupted for over an hour after a border official admitted to giving "incomplete" testimony.

Canada Border Services Agency (CBSA) official Nicole Goodman is expected to face more grilling on Friday after prosecutors said Goodman had reached out to a Canadian Department of Justice employee to ask about a privilege issue, which violated an order not to discuss testimony outside of court.

The Canadian prosecutors on the case also said that two additional witnesses are expected to testify next week as part of Meng's ongoing U.S. extradition hearing.

The 48-year old daughter of Huawei founder Ren Zhengfei was arrested on a U.S. warrant two years ago at Vancouver International Airport.

Meng has denied the charges and is fighting the extradition from Vancouver, where she is under house arrest.

Her lawyers have argued that U.S. and Canadian authorities coordinated ahead of her arrest, using the extended investigative powers of the CBSA to interrogate her without a lawyer present.

Prosecutors say the investigation and arrest followed standard procedures and the extradition should move forward.

On Thursday, Goodman was questioned by defense lawyer on whether she gave inaccurate or misleading testimony the previous day. She replied that her testimony was "incomplete," but she didn't know if it was misleading.

The witness testimony continues amid reports last week that U.S. prosecutors are discussing a deal with lawyers for Meng to resolve criminal charges against her, signaling a potential end to a case that has strained ties between the United States, China and Canada.

Meng’s extradition hearing is expected to wrap up in April 2021.