German DAX is making a bounce for the last month which is impulsive so there is a chance that a low of a deep correction has been put in place. As such, we expect more upside within a new, five-wave, bullish cycle, but ideally after a pullback. At the moment we are observing final stages of an impulsive wave 1) of a bigger cycle, which will be regarded as completed, once an impulsive turn below the 12870 level is seen. This break will suggest a three-wave correction as wave 2) to be underway, with support at the 12600/12330 zone. 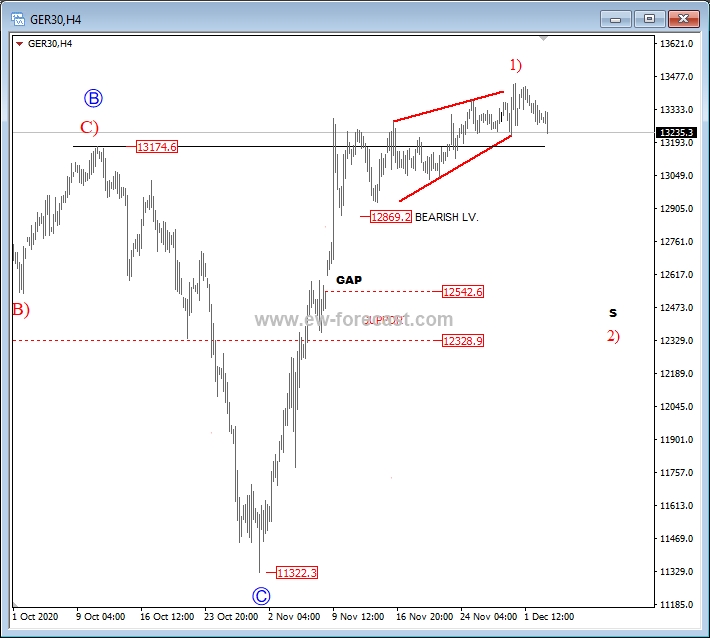