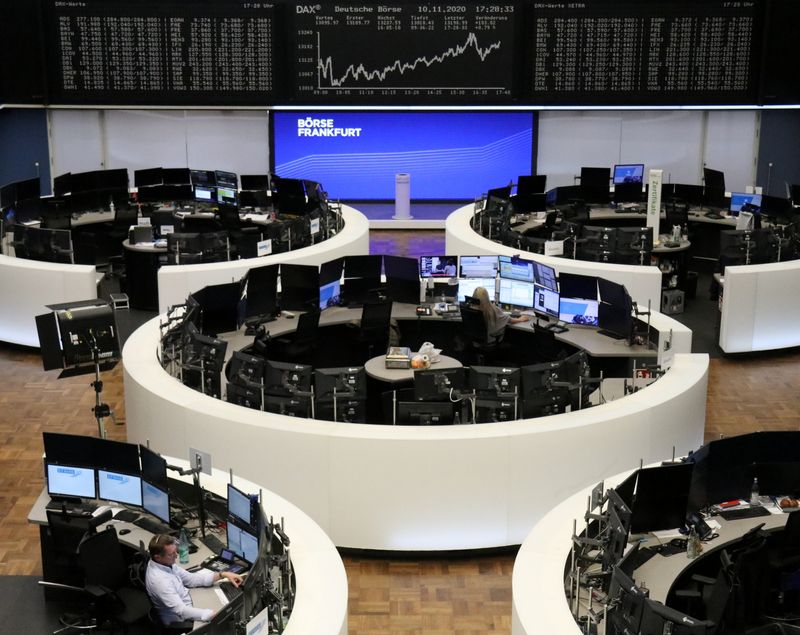 (Reuters) – European shares slipped on Friday, setting up to end an action-packed week on a cautious note on worries over the economic impact of a resurgent COVID-19 pandemic, the fate of a Brexit trade deal and the stalled U.S. stimulus measures.

The pan-European STOXX 600 index slipped 0.2%, extending losses after a dour 2021 economic forecast from the European Central Bank had seen it end in the red on Thursday.

The index is set to break a five-week winning streak as a stalemate in talks between the European Union and Britain raised the chances of Britain's exit from the economic bloc without a trade deal.

Shares of drugmaker Sanofi (NASDAQ:SNY) fell 2.1% after it said its COVID-19 vaccine candidate developed with GlaxoSmithKline (NYSE:GSK) showed an insufficient immune response in clinical trials. GSK shares were down 0.1%.