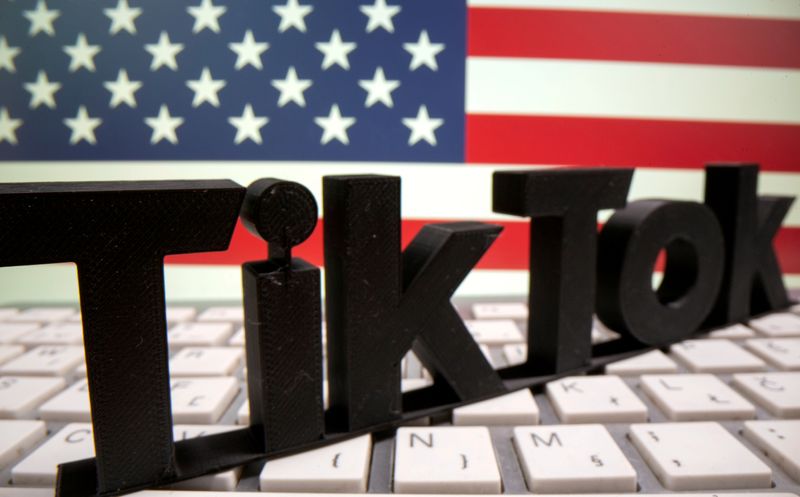 © Reuters. FILE PHOTO: A 3D printed TikTok logo is placed on a keyboard in front of U.S. flag in this illustration

WASHINGTON (Reuters) – A federal appeals court in Washington said on Wednesday it will hold Dec. 14 oral arguments on the government's appeal of an order that blocked a ban on Apple Inc (NASDAQ:AAPL) and Alphabet’s Google (NASDAQ:GOOGL) offering TikTok for download in U.S. app stores.

U.S. District Judge Carl Nichols in Washington on Sept. 27 blocked the Commerce Department order hours before it was to prohibit new downloads of the Chinese-owned short video-sharing app TikTok.